This month, we’re celebrating a wonderful 10 years and 100 albums with one of our dear catalogs, Sonic Quiver.

Sonic Quiver is an American production music library based out of sunny Florida, USA. Founded in 2007 by Shana Lazarus, the library celebrates its 10th anniversary and 100th release in 2017. Over the last decade, the international team of producers and composers have been having a blast creating one of the most useful and vibrant production music libraries of its time. 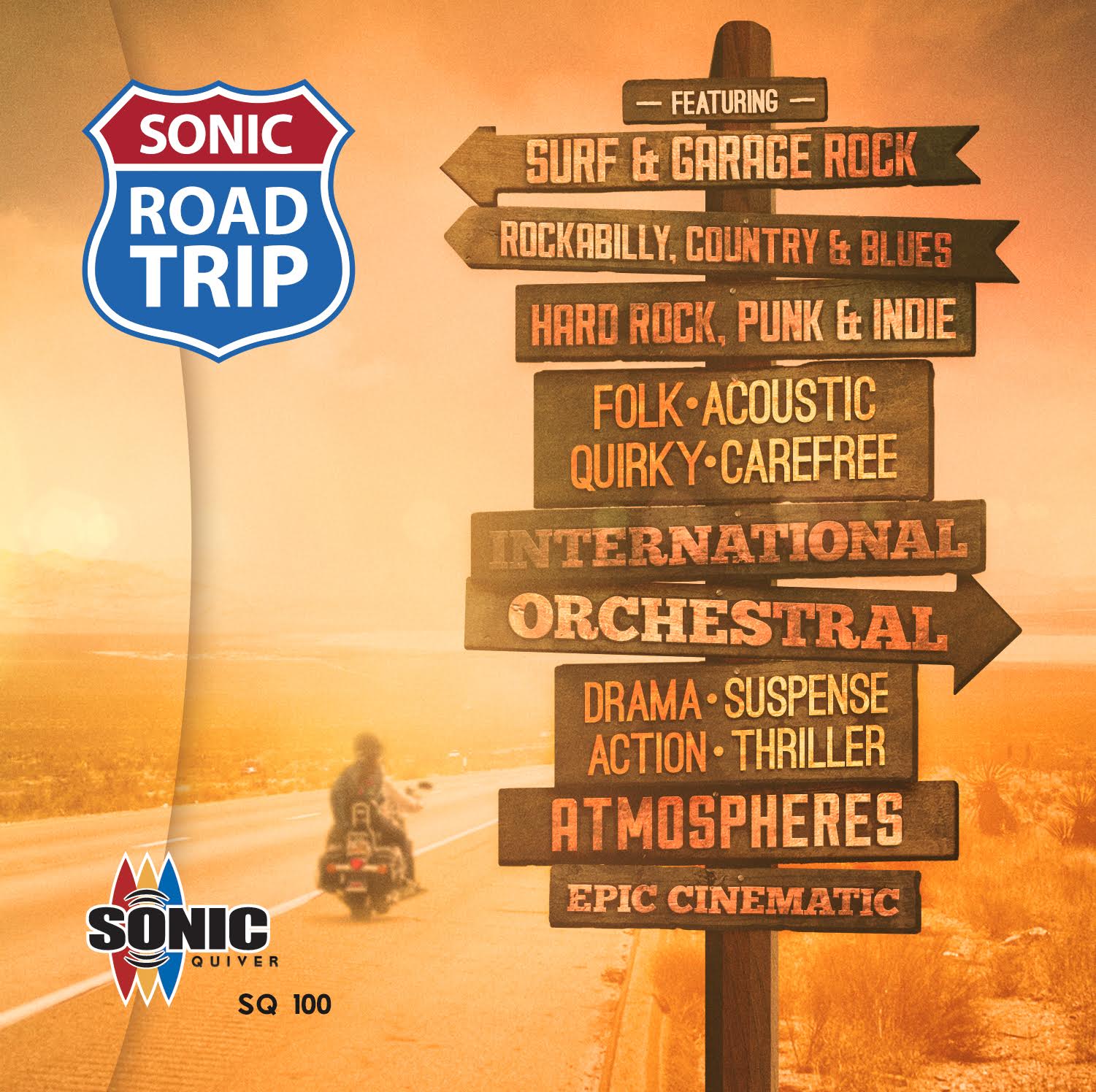 Sonic Quiver’s 100th album “Sonic Road Trip” takes you on a non-stop road trip of its first 99 releases with a 100-track compilation album ‘SONIC ROAD TRIP’. In the opening act we put on our boots and take a hitchhike tour through the USA: Surf & Garage Rock; Rockabilly, Country & Blues into Hard Rock, Punk & Indie. From there, we take a pit stop at the road house for a little quirky and carefree Folk and Acoustic.

Next up, we go on a world tour with some Reggae, Latin, European and all round beach and sunshine vibes. And the final act is Cinematic and Dramatic: Epic Trailer, Orchestral Drama, Action and Suspense and we bring you home with some contemporary uplifting, inspirational cues.

Sonic Quiver throughout the years…

“It’s been one heck of journey, and we’re just getting started.”